Meet the experienced and friendly doctors and staff who make Glendale Optometric Center a proud provider of vision care products and services in Glendale. 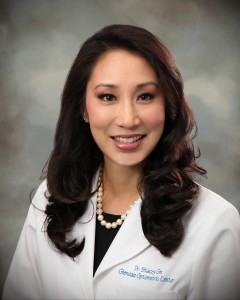 Dr. Stacey Gin received her degree in Molecular and Cell Biology at the University of California, Berkeley. She received her Doctor of Optometry degree at the Southern California College of Optometry where she graduated with honors. After completion of her O.D., Dr. Gin pursued a residency in Primary Eye Care at the Veterans Administration in San Diego. She is a Fellow of the American Academy of Optometry. Dr. Gin was named, Young Optometrist of the Year by the California Optometric Association and has won Best Optometrist in Glendale for the past eight years. She has been recognized by Vision Monday as one of “The 50 Most Influential Women in Optical.” She has served as her class President at SCCO and is a Past-President of the Asian American Optometric Soceity, and Past-President of the San Gabriel Valley Optometric Society. Dr. Gin is currently the President-Elect for her Glendale Kiwanis Club and serves her fellow San Gabriel Valley Optometrists as a Vision Source Administrator. Dr. Gin is very passionate about her profession and has served on the board of directors for Glendale Healthy Kids as well as the Alumni Association for the Southern California College of Optometry. Dr. Gin’s pride and joy are her two children, Kaitlyn (5) and Justin (3). In her free time, she enjoys fishing, pilates and spending time with friends and family. 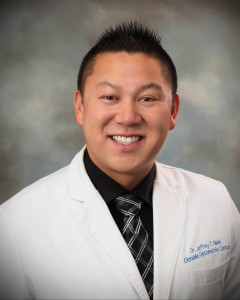 Dr. Jeffrey Nishi was born and raised in the South Bay in Manhattan Beach, Ca. He received his bachelor’s degree in Integrative Biology from the University of California at Berkeley and received his doctor of optometry from the Southern California College of Optometry. Dr. Nishi is certified in therapeutic pharmaceutical agents, lacrimal irrigation and dilation, as well as certified to treat and manage glaucoma. Dr. Nishi was named Young Optometrist of the Year for 2013 by the California Optometric Association. He is passionate about giving back to the community and has served on the board of directors for Glendale Kiwanis and was co-chair for the youth services committee. He also volunteers for vision screenings and gives free comprehensive eye exams to children in need through Glendale Healthy Kids. He is also very involved with his local optometric societies serving as President for the San Gabriel Valley Optometric Society as well as President for the Asian American Optometric Society. In his spare time he enjoys cooking, golfing, going to the beach, and spending time with his family and friends. 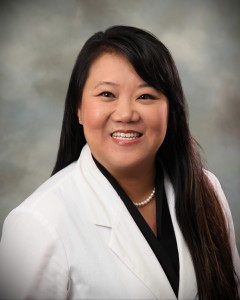 Dr. Bonnie Peng graduated from the University of California, Berkeley, with her degree in Molecular and Cell Biology with an emphasis in Neurobiology.  She graduated with honors from the Southern California College of Optometry with her Doctor of Optometry degree.  Dr. Peng has 13 years experience working with both optometry and ophthalmology offices.   With 8 years emphasizing in medical optometry, Dr. Peng feels very comfortable treating and managing pathology.  She also loves working with children! Dr. Peng spends her free time driving her four children around as well as reading and crafting.  She is very active with her church and has taken part in organizing their vacation bible school every year. 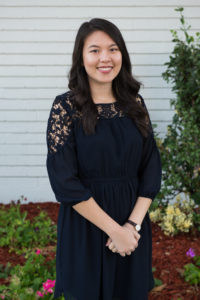 Dr. Jane Pouvaranukoah grew up in Montebello, CA and went on to study Psychobiology at UCLA, where she graduated Summa Cum Laude. She then received her Doctor of Optometry degree at UC Berkeley. She completed an additional year of residency at the San Francisco Veterans Affairs Health Care System, with an emphasis in ocular disease. She has experience working in primary care optometry as well as an ophthalmology practice, making her proficient in managing a wide range of vision and ocular problems. Dr. Jane is active within her profession and will be serving on the Board of the San Gabriel Valley Optometric Society as the incoming Membership Coordinator. In her free time, Dr. Jane enjoys practicing her calligraphy skills, trying new food and restaurants, traveling, and spending time with family. 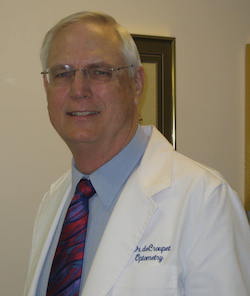 Dr. deCroupet is currently retired and is spending time traveling with his wife Terry
and has taken up photography. He continues to be supportive of the
Glendale Optometric Center.

Dr. deCroupet is the founder of Glendale Optometric Center and has been serving the Glendale community for over 30 years. Dr. deCroupet joined Drs. William Leslie and John Link in private practice in 1970 and now serves as an inspirational mentor to Dr. Gin. He received his Diplomat from the National Board of Examiners in Optometry and also his Fellowship from the American Academy of Optometry. Dr. deCroupet has always been a strong leader in his profession and has served as the past Chairman of the Board for Southern California College of Optometry, board member for Vision West, President for the San Fernando Valley Optometric Society and has received many distinguished awards for his excellence in optometry. Dr. deCroupet devotes much of his time to serving his community and has been the past President and an active member of the Glendale Kiwanis Club for many years. Dr. deCroupet has a beautiful wife Terry, two lovely daughters and two grandchildren. In his free time, he roots for the USC Trojans, plays golf and spends time with close friends and family. 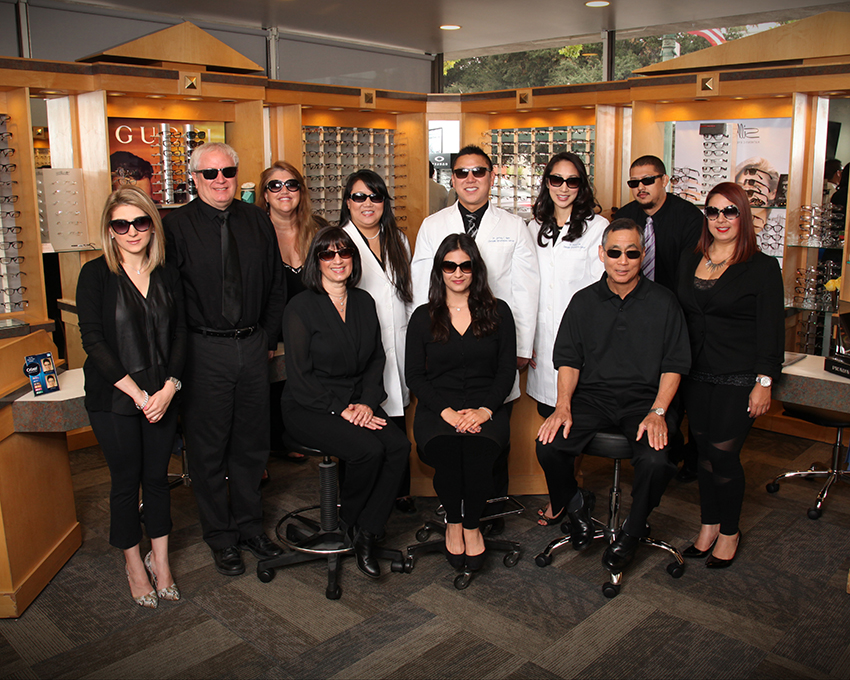 You can schedule your next appointment with us online!

Leave Us a Review

Please take a moment and let us know how your experience was.